Meniere’s disease (MD) is a condition in which excess fluid builds up in the inner ear. If it is not cared for, it can progressively get worse and lead to hearing loss. The list below contains some of the common symptoms associated with MD:

Meniere’s disease affects approximately 1 out of every 1,000 people. It is slightly more common in women. The typical age range of those affected by MD is 40 to 60 years. In addition to the symptoms listed above, a particularly severe episode of Meniere’s disease is called a drop attack.

It is named this way because people who experience a drop attack have a sudden loss of balance and drop to the ground (without losing consciousness). This is most likely due to the excess fluid preventing the inner ear from performing its normal function in helping the body maintain balance. Other Meniere’s episodes that are not drop attacks usually involve some vertigo (a spinning sensation and loss of balance) and can last about 20 minutes to 3 hours.

Why Is It Called Meniere’s Disease?

In the early 1800s, people assumed that the symptoms associated with this condition were due to a problem with the brain. But a doctor named Prosper Meniere realized that the symptoms were not just individual symptoms but were symptoms stemming from the same condition and that the main problem was actually in the inner ear. As his theory became more widely accepted, people began calling the condition Meniere’s Disease.

Medical doctors generally recognize that Meniere’s is caused by too much fluid in the inner ear, but the reason for the fluid buildup is still a mystery. Some proposed causes are as follows: 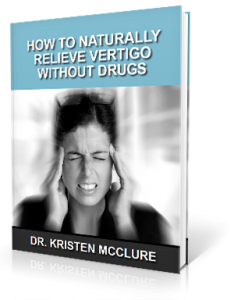 About 1 out of every 10 cases of MD runs in families. If you go to a doctor to get a diagnosis for your symptoms, the doctor will usually try to rule out other conditions that have similar symptoms, such as vestibular migraines and transient ischemic attacks.

Because doctors do not know the exact cause of MD, they often focus on trying to relieve the symptoms through the following:

If MD continues to get worse and creates major disruptions in the patient’s life, the following less-common and higher-risk treatments can be explored by the patient and doctor:

People with MD have found that some of the habits described below have been helpful in caring for their MD.

Research done on Meniere’s Disease patients yielded evidence to support that upper cervical chiropractic care can be an effective treatment. It has been observed that Meniere’s Disease developed in some patients due to a lesion on the Eustachian tube. These patients also had experienced a head or neck trauma 15 or more years prior to their MD diagnosis. It is believed that the trauma led to the Eustachian tube lesion, but it took a decade or more to develop.

A study observed 139 Meniere’s patients before and after they received care from an upper cervical chiropractor. All of them had previously had some sort of trauma to their head or neck, such as whiplash or a trip and fall. Every one of these patients saw a great improvement in their symptoms after having their neck bones realigned.

When the upper cervical bones are misaligned, they can cause problems with the inner ear and fluid drainage from the ears because they are in such close proximity to the ears. Correcting a misalignment in the vertebrae enables the ears to function properly once again.

At Ricks McClure Chiropractic in Charlevoix, Michigan, we use a very gentle technique to realign the vertebrae of the spine. Our technique does not require strong force or result in a popping or cracking sound that is common in regular chiropractic adjustments. If you have been experiencing problems with your inner ear, give us a call today to see what we can do to help your body heal and maintain health.